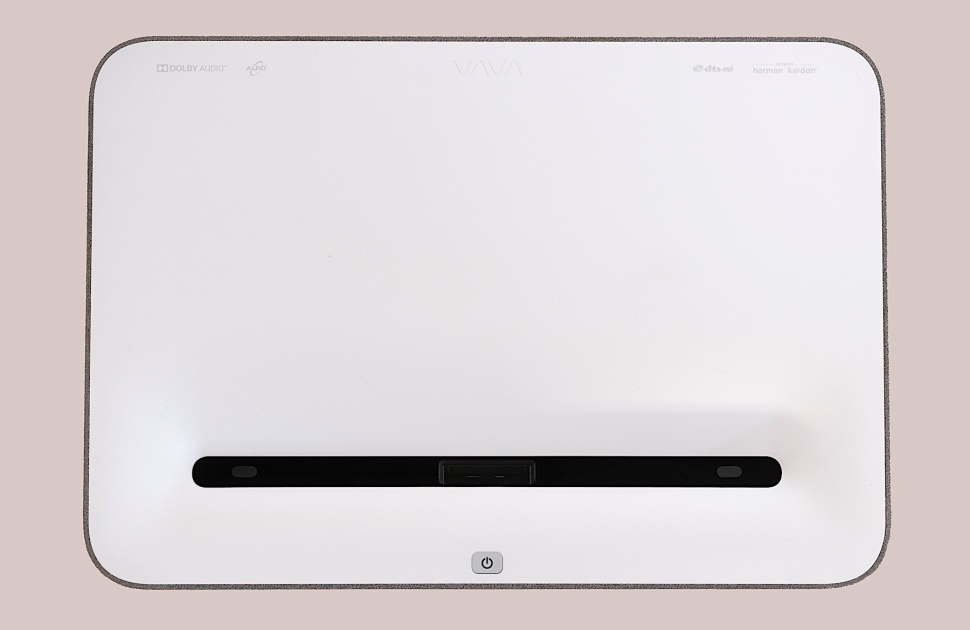 Like the smart TV you likely already have, Vava’s projector comes with an app store of sorts. I say of sorts, because it’s mostly full of unofficial apps (“Netflix Player” etc.) none of which I could get to work. I tried a Vice app, Discovery Go, a YouTube player and a Netflix player, no dice on any of them. Vava explained this away saying that most users prefer to connect a media player such as a Roku, but this does feel like a missed opportunity. I use a Roku with my smart TV, but mostly to access any apps that my TV doesn’t offer. I much prefer using just one remote and streaming directly to the TV/display if I can. More to the point though, if almost none of the apps even work, why bother having them? I even tried sideloading some APKs without success. Looking around online it seems that others had more luck than I did, but it wasn’t a great introduction to the experience.

Once I connected my Roku though, I was off. Vava’s projector has three HDMI ports in total (one ARC enabled) meaning you can connect a variety of sources, along with a USB port so you can watch media you’ve pre-downloaded. There’s also an Ethernet port and WiFi for adding those native apps, if they work for you, and of course downloading updates. At least two of which came through during my time with it, so it at least looks like the company is keen to make improvements as regularly as it can. There’s also a companion Android app for your phone for screen mirroring. The app works, but it was a bit slow and cumbersome, it’s not something I anticipate using a lot but can work in a pinch (it’s just as easy to natively “cast” to my Roku).

App bugs and glitches aside, once you fire up a movie, it’s hard not to be impressed by this thing. I measured the size of the projection I was able to accommodate, and it was easily over 100 inches. If you search for images of 100-inch screens/projections, it doesn’t really give you a true sense of their scale. The image is huge, and really gives you that home cinema feel. The room I had the Vava setup in meant the image was about 14 feet away from where I was seated, which according to most “optimal viewing distance” calculators is considered about right. For comparison, my TV is 55 inches, but in a different room where I sit much closer (more like 8-feet). Vava claims the lamp is good for 25,000 hours of viewing (or four hours a day for 17 years). If I remember, I’ll update this review in 2037 to verify.

A note on pixel shifting:  As with other 4K DLP projectors in the budget category (yes, this one technically qualifies), it’s equipped with Texas Instrument’s XPR DLP chip, which has a native 1080p resolution. However, it uses “pixel shifting” to emit that pixel four times while moving it to the correct position for a 4K image. All that happens in less than 1/60th of a second, meaning it puts as many pixels on the screen in the same amount of time as a 4K native projector. That makes it 4K for all intents and purposes, and visually, it performs nearly as well.”

For most, the biggest concern about projectors is ambient lighting. No amount of inches can make up for a washed-out, barely visible image. And while in total daylight with blinds up/curtains open etc you won’t get the most popping image (an Ambient Light Rejecting screen will really help here, as detailed in our CinemaX P1 review) it’s still usable in my opinion. Of course, most people are probably watching at night, and I’ll admit, I do kinda like turning off all the lights for that added movie-theater feel. But that simple fact remains the biggest obstacle between me considering ditching a regular TV for something like this (that, and the fact that for watching the news and such, it does feel like overkill). As mentioned though, with the right screen you could definitely roll with the Vava under most lighting conditions.

This is where those lumens come in. At 2,500, the Vava isn’t the brightest out there — the LG CineBeam offers 2,700 and the CinemaX P1 has 3,000 — but it’s bright enough for the screen size and the domestic setting according to many guides and my own experience. The brightness in conjunction with the 1500000:1 dynamic contrast ratio — the same as the CinemaX P1 — are bolstered with HDR10 support, though I found it hard to truly gauge how much impact the HDR was having compared to, say, a regular TV given that ambient light was affecting the image already. In summary though, once you factor in all the variables, I never found myself frustrated with weak image strength or lack of clarity but I would still recommend a dedicated ALR screen. Much of my testing was against a wall, and the difference when there’s ambient light (usable) compared to a dark room (much better) is fairly stark.

The sound, however, is a more straightforward story. Vava’s projector comes with a 60W Harman Kardon stereo soundbar inside, along with support for Dolby audio and dts-HD. It slaps. Even at a moderate volume, I’d go to the kitchen (the other end of my apartment) to load up on snacks and would be able to hear it, maybe even a little too much. While in the same room as the projector, that same volume didn’t feel overpowering, but it really carried through my hallway, which is both impressive and a little troubling (sorry neighbors).

Importantly, the punchy, robust sound goes a long way to enhancing that “cinema” experience. Watching action-forward movies like The Rise of Skywalker felt much closer to being at the theater than when I watched on my regular TV with Sonos Beam. I’m not saying it sounds better than the Beam, but in combination with the large screen, it does feel very immersive. Though the Vava does come pre-tuned for voice and dialog, which has to have its own setting in Sonos’ line (given it does double-duty as a music player). And if for some reason you don’t like the Vava’s built-in speakers, there are connections on the back for adding your own, or you can also connect to Bluetooth speakers if you wish (though I maintain the internal speakers alone a good/loud enough for most).

It’s around here I should quickly mention the Vava’s internal fan: it’s a little on the loud side. I never found myself noticing it while watching a movie, but it runs for a short period of time after you turn it off, and you’ll certainly hear it then. I mention this as it’s something more sensitive people might want to be aware of.

Everyone I showed the Vava to was impressed. It’s hard to say if that’s just because of the sheer size of the image, or because it was better than they were expecting from a projector. I would say, given the money that you’re going to spend, you will want to scope out many of the social media posts from users. This, I found, gave a good variety of rooms, screens and setups to show off how the projector works in a variety of environments. Testing this for a review is one thing, it’s a whole other thing when you’re about to lay down the best part of $3,000 and have a very different space.

While the Vava projector might not have the brand recognition of rivals, including the popular Xiaomi Mijia and I still think the weird app store is a missed opportunity (and not sure how much I’d use the companion app) but there’s a lot to like here. It might not be the brightest projector, or conclusively best its rivals on contrast ratio, but it does perform well enough in these areas to make it worth considering. It also has that stellar audio which is no small thing when it comes to recreating that cinema experience. Importantly, it’s attractively priced enough that it should at least make your shortlist if you’re shopping in the sub-$3,000 range.

Personally, it really switched me on to the power of short-throw projectors generally, and I’ve been happy enough with it that I’m seriously considering one for my main display. But an ALR screen is strongly recommended, and you checking out some of the user reviews linked above will help you decide if it’s suitable for the space that you have.