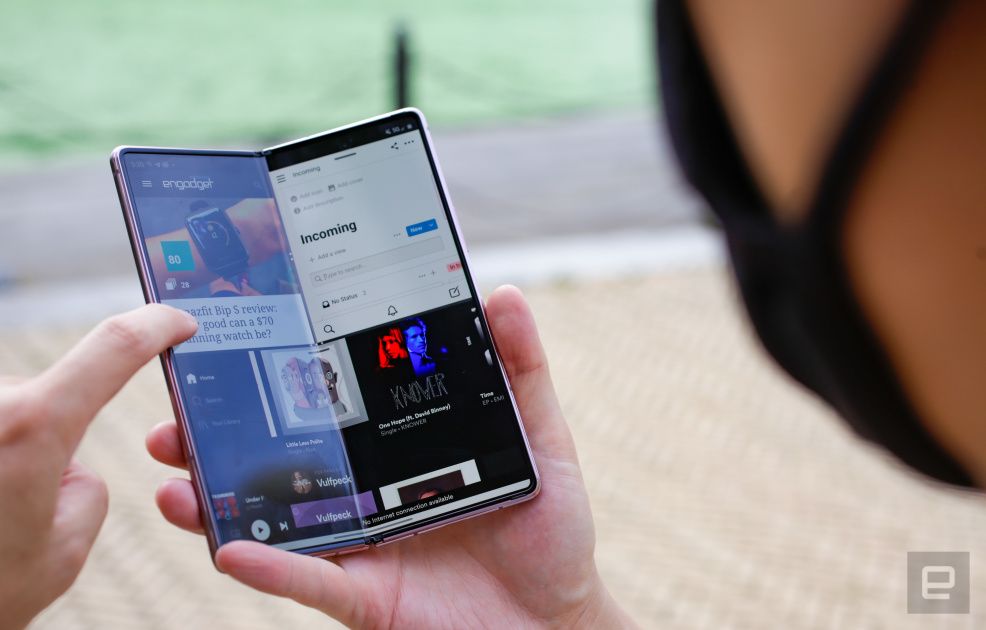 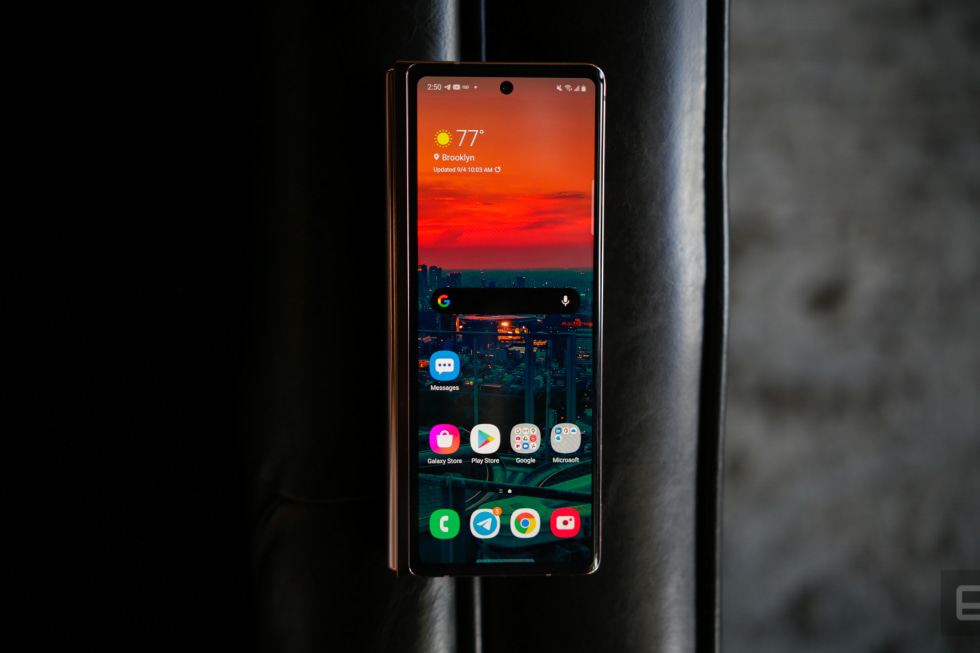 Some apps, like Lightroom, simply refuse to acknowledge that second, bigger screen. When you launch it, it appears in the center of this display, looking just like it does on a smartphone. (Never mind the fact that Lightroom runs admirably on regular Android tablets.) AccuWeather treats the open Fold 2 screen as a tablet in landscape mode, so using the app requires turning the phone sideways. HBO Max, isn’t available for the Z Fold 2 at all right now. And Instagram — well, Instagram has always been notoriously bad adapting to different kinds of displays, so it’s no surprise it’s still pretty terrible here. The point is, unless you stick to a handful of known-good apps, expect a lot of inconsistency.

But what if you want to run multiple apps at the same time? A screen as big as this one just begs for clever multitasking tricks, and Samsung added quite a few of them. Multi-active window mode, which lets you squeeze up to three apps into an on-screen grid at a time, is back. (If you really want to go wild, you open up to five more in their own floating windows, but no human should ever need this.) This grid view can be tremendously helpful once you find the right combination of apps, and it’s relatively easy to save them as a preset in case you want to use them again later. You can also shuffle windows around so that one big app stretches along the bottom of the entire screen, with two smaller windows side-by-side above it.

That improved flexibility is a welcome addition, but it still has its quirks. What if you wanted that big app window to take up the top half of the screen instead? Too bad. And some apps refuse to appear in those smaller app windows at all, which you’ll only ever discover after trial and error. The quirks don’t end there. One of the biggest software additions to the Fold 2 is the ability to copy and paste by dragging text or an image from one window and dropping it into another. It’s fantastic when it works, but — and tell if this sounds familiar — it just doesn’t work sometimes.

Dragging and dropping between multiple instances of the Office app works like a dream. So does dragging text from Chrome into Samsung’s Messages app. But trying to move a snippet of text from a browser into, say, Google Docs? Nope. Ditto for dragging and dropping into Notion, which I’ve come to rely on pretty heavily. There’s that pesky inconsistency again!

By now, it probably sounds like the Fold 2’s software is sort of a flop, and in some ways it is. But there are clever features that make use of the foldable gimmick. App continuity is a great example: it ensures that whatever you’re doing on that outer screen persists on the internal one when you open the Fold 2. Apart from the occasional compatibility issue, the transitions work well. This year, Samsung spent a little more time touting reverse app continuity, where the apps you’re using on the inside screen shift to the outer screen when the Fold 2 is closed.

There’s no universal switch for it, though — you have to pop into the settings and select apps to make the inside-to-outside switch. That’s the right decision. I don’t want my PayPal information visible when I slam the Fold 2 shut, I do want to keep reading my Kindle book when I’m standing in line and suddenly need to use my other hand.

Then there are all those Flex mode features, which Samsung originally built for the Galaxy Z Flip.  Long story short, Samsung and partners like Google tweaked their apps to take advantage of that big display when the Fold 2 is propped open like a laptop. When you fold the phone while shooting photos, for instance, the viewfinder remains on the top half of the screen while the bottom half gives you access to camera settings and controls, along with a quick view of the photos you just took. Making video calls with Duo in Flex mode is a joy, too: The person you’re talking to fills half of the screen, leaving just the hangup button and some other options beneath it. 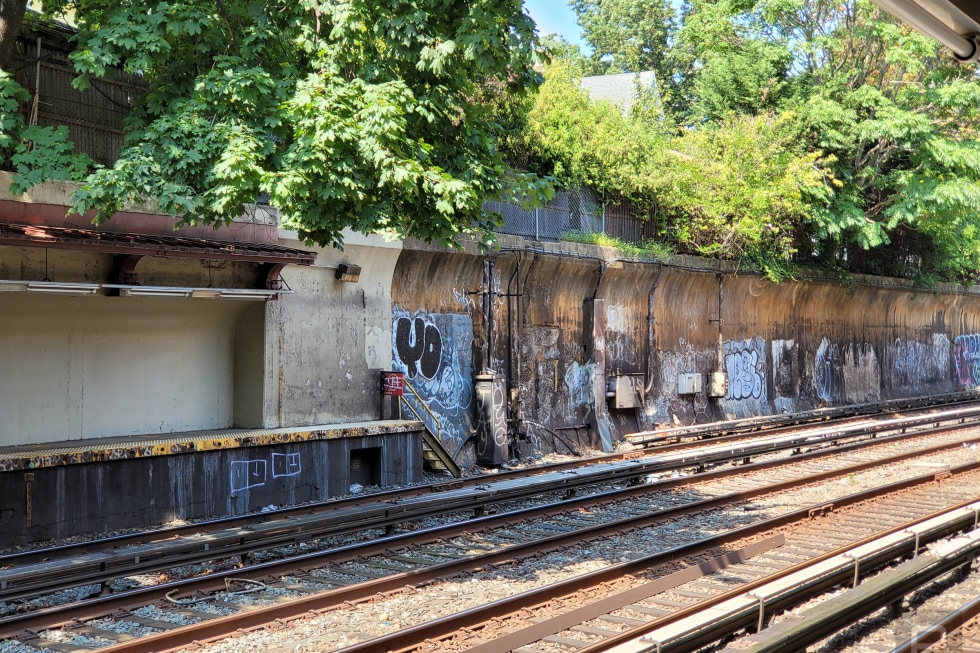