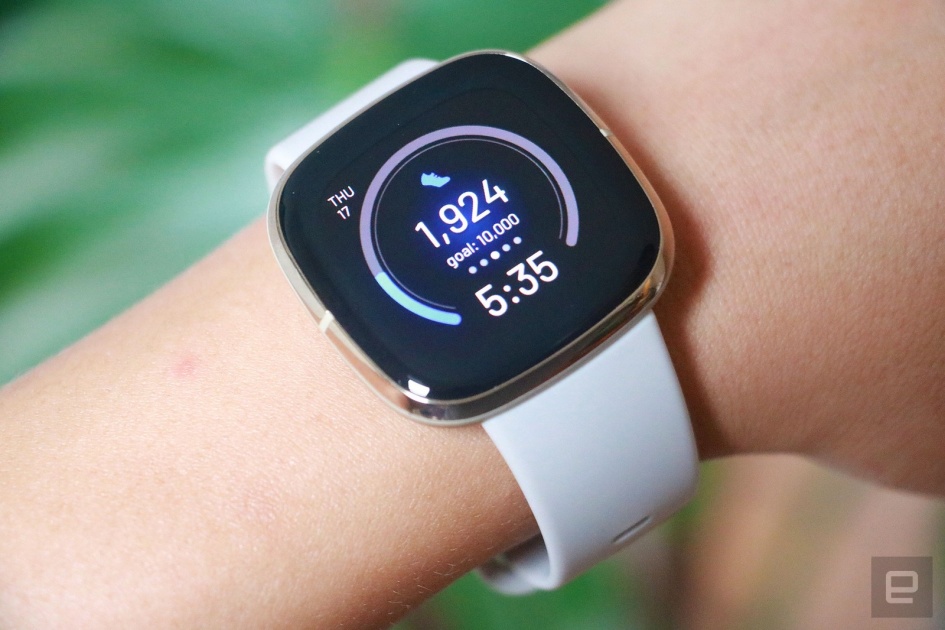 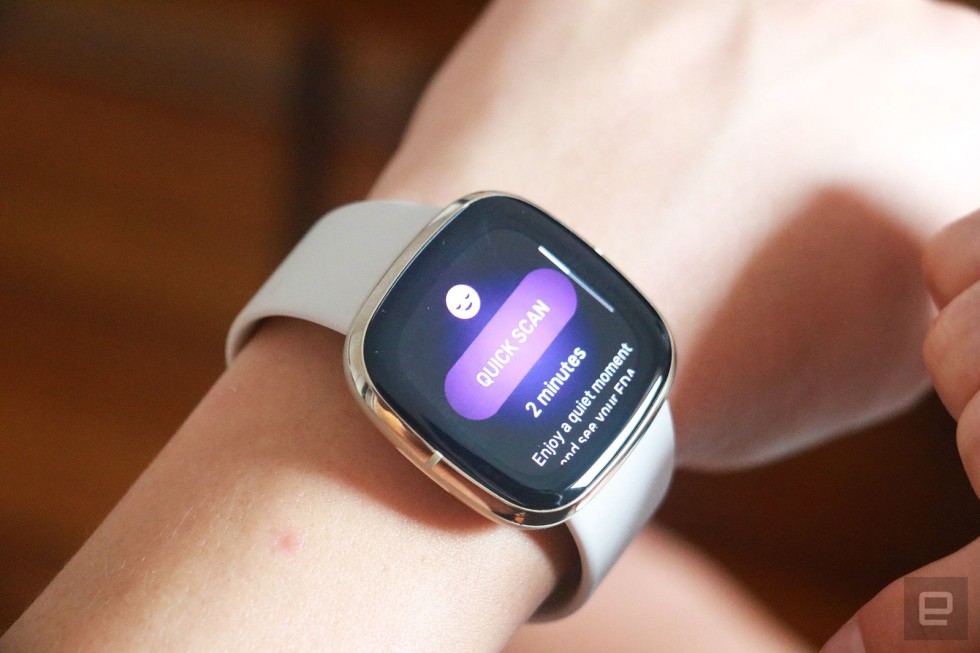 Blood oxygen is a nice metric to keep an eye on, but it’s only really useful in detecting anomalies that could signal other underlying health issues. Since I didn’t have an irregularity during my review window, I can’t vouch for the long-term performance, but knowing it’s there offers some peace of mind.

Compared to Apple and Samsung, which track your SpO2 when you launch the tool, Fitbit will only monitor your blood oxygen levels when you’re asleep. A company spokesperson said this is because the Sense takes five minutes to measure your SpO2, and no one wants to sit still that long. Plus, the company said nighttime is when your body is most likely to show variations from your baseline levels, and that your blood oxygen doesn’t tend to change much during the day.

If you do, though, the Sense has the potential to help catch when you have a fever, as well as detect the start of a menstrual cycle. After my third night, Fitbit reported no overall changes, which isn’t surprising since it’s the first result. (You’ll need the three evenings of data before it delivers the first report.) While it doesn’t give you a reading of your actual skin temperature, the Sense can tell you how it fluctuated as you slept, and it was interesting to see how I grew warmer as I fell deeper into sleep, then cooler again. Though this data isn’t immediately useful, I could see it alerting me to the onset of fever or an illness.

Thankfully, you don’t have to be asleep for the Sense to monitor your heart rate. It constantly keeps an eye on your pulse to warn you of any irregularities, similar to other Fitbit products, and the Apple Watch, too. The device makes use of Fitbit’s new heart rate sensor and algorithm to see if your pulse is too high or low, based on your age and resting heart rate. Again, my heart rate hasn’t fallen outside what Fitbit determined to be my normal range, but this could help someone detect potentially fatal conditions.

The constant heart-rate monitoring also helps Fitbit better understand what sleep zones you’re in, making it a more insightful bedtime tracker than Apple’s devices with watchOS 7. The latter only tells you how long you were asleep based on your movement, while Fitbit will use your pulse to figure out if you’re in REM or deep sleep, for example. The Galaxy Watch 3 also does this and I’ve found it to offer similar data to the Sense, though Fitbit’s watch is slightly more comfortable to wear to bed.

Apart from keeping tabs on your health, the Sense can also help with your workouts. Its built-in GPS accurately measures your runs, walks, hikes or bike rides without your phone, and reports your distance and pace after you’re done. It took about 40 seconds for the Sense to lock onto a signal before my first run, but just 10 seconds when I tried again the next day in an area farther away from scaffolding and skyscrapers. That’s not terrible; in fact, it’s similar to the Galaxy Watch 3. Even so, the Sense lags the Apple Watch Series 5, which barely pauses to connect to GPS. (I was not able to test the Series 6 before this review was published, but as far as we know the GPS sensor on the Apple Watch hasn’t been updated.)

Like other Fitbit watches, the Sense can track a wide variety of activities, like yoga, circuit training, golf, martial arts and tennis. It’ll add up the amount of time you spent in heart-rate zones like fat burning, cardio or peak, then assign you points based on your age and resting pulse rate. These Active Zone Minutes were introduced with the Charge 4 tracker this year, and according to World Health Organization and American Heart Association guidelines, most people should strive to get 150 points a week.

Fitbit will also evaluate your cardio fitness, which is an estimate of your maximum oxygen uptake during intense exercise or VO2Max, and give you a score. While these numbers are mostly useful to athletes, they still provide reassurance that you’re not abnormal.

Fitbit Premium and other smartwatch features

It’s nice that the Sense is able to track so many different health metrics, but if you want to see more information or track your performance over time, you’ll have to spring for Fitbit Premium. It costs $9.99 a month and brings features like seven-day and 30-day trends for heart rate variability, SpO2, breathing rate, skin temperature changes and other metrics. Premium also unlocks the detailed breakdown into what affected your stress score and deeper details into your temperature changes throughout the night, as well as additional workout content and guided meditations.

I’m not a fan of requiring someone who bought your product to pay more each month to access their data, but at least the information Fitbit provides for free is meaningful. I also wish I didn’t have to keep wearing the Sense to bed to get continued reports on my breathing rate, heart rate variability, skin temperature and oxygen saturation.

Most other things about the Sense are typical of a Fitbit smartwatch: You get notifications from your phone when it’s nearby, and you can dictate replies to messages (if you’re using an Android device). You can also control your smart home gadgets with Alexa on your wrist, or play your favorite Spotify playlists and log your calorie or water intake, to name a few examples. I prefer Samsung’s Tizen OS for many of these features, as it generally offers more options, but Fitbit’s OS should be adequate for most people.

Fitbit doesn’t share information about the processors in its smartwatches, but whatever they used in the Sense could use an upgrade. The watch takes what feels like forever to launch apps like Today or Spotify. What’s more, the Sense crashed a few times during my first few hours with it. After I learned to be very deliberate with the device, I’ve grown accustomed to the delay, but in general Samsung and Apple watches are faster.

The Sense does beat its main competition on battery life, though — it lasted about two and a half days before hitting 25 percent and warning me (through a phone alert and an email) that it was low on juice. That’s with the always-on display enabled, two nights of sleep tracking plus three brief workouts and one 40-minute yoga session. I expect GPS will also drain the battery, while disabling the always-on display should get you some hours back. That’s better than the Apple Watch Series 6 (based on our experience with the Series 5, since Apple gives similar estimates for both) and the Galaxy Watch 3, which might get you into a second day with always-on screens enabled. But generally they give up after one and a half.