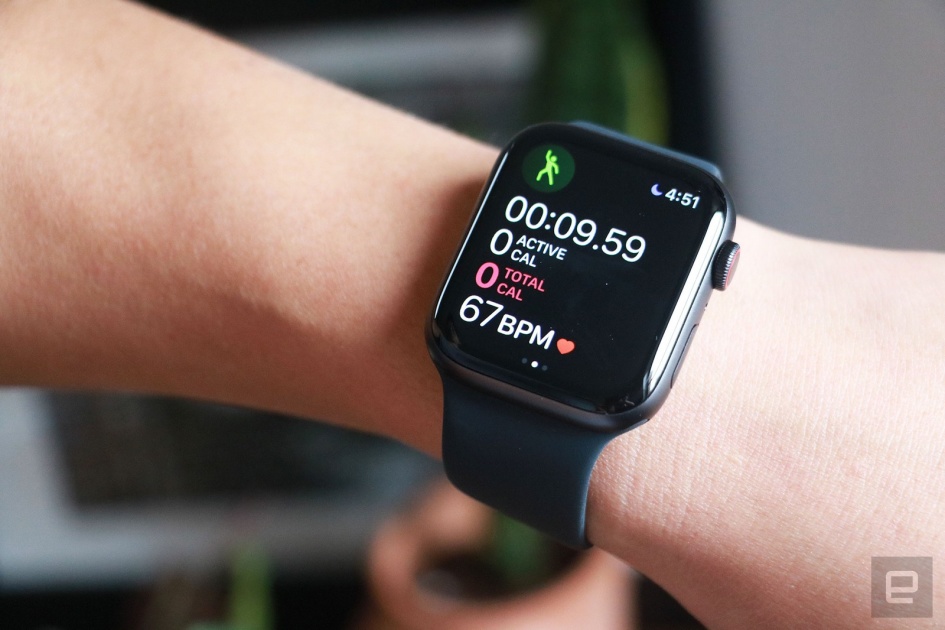 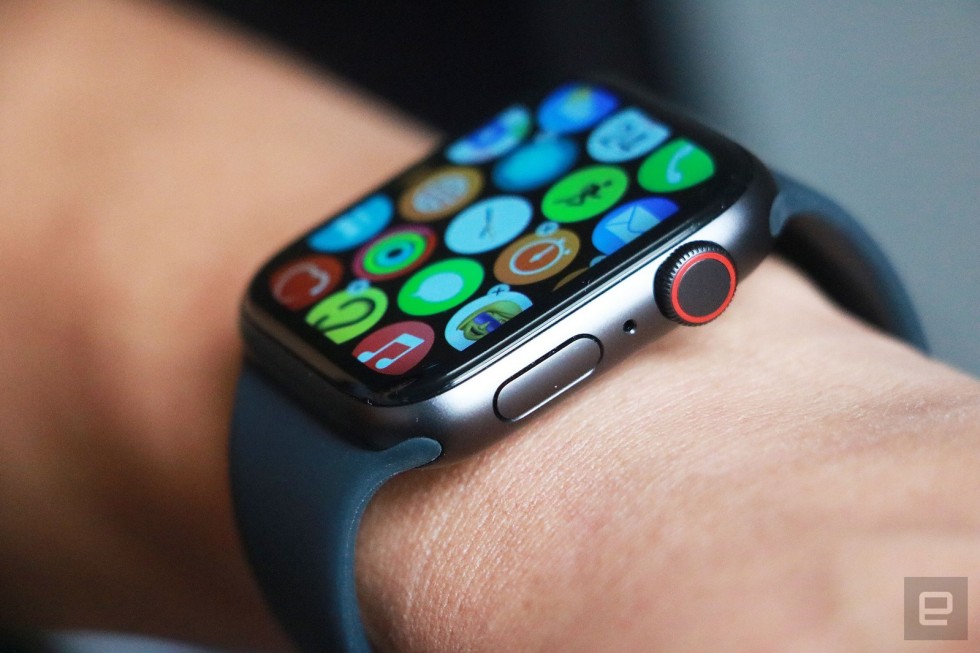 If you’ve used an Apple Watch before, most of the SE’s features will be familiar. The knob is a handy way to scroll through notifications, apps and volume controls, and together with the button it offers several nifty shortcuts. Long pressing the digital crown triggers Siri, while pressing the button below shows the power menu. Double tapping that pulls up your default card on Apple Pay.

Navigating the interface is the same as before, too, and if you’ve already set up your favorite apps in the dock, they’ll carry over when you set up the new device. As an Android user who’s mostly lived with other smartwatches though, I found it jarring that a swipe right doesn’t bring me back a page. I also still prefer Samsung’s Tizen OS for its simpler navigation where my favorite widgets and apps are just a spin away. On Apple’s Watches I have to first pull up all apps or the dock, then find the one I want.

What’s new with the Watch SE are mostly updates from watchOS 7, like the new Fitness app, sleep tracking and automatic hand wash detection and countdown. There are also new shareable watch faces with support for multiple complications from the same app. Having the daily UV index and the weather at the same time on my home screen made it easy to tell when I could skip the sunscreen.

Tapping any of these complications pulls up the respective app, and it was easy to summon my activity rings to see how far I was from closing them. In watchOS 7, you can set individual targets for each of the three circles, as opposed to one overall goal. I spend so much of my day stuck at my desk that a Stand goal of getting up every hour for 10 hours is nearly impossible to achieve, so I tuned that down and bumped up my exercise target instead.

Apple also added four new workouts you can track with watchOS 7 — dance, core training, functional strength training and cooldown. Dance and cooldown are intriguing additions but, I honestly couldn’t tell the difference in tracking these activities versus a generic “other exercise” session. Apple said it uses the watch’s sensors to figure out how your arms and legs are moving as you dance to predict body movement, then uses that data along with your heart rate in its algorithm to determine your calories burned. It’s nice to have theoretically more accurate information on your calorie expenditure, but at the end of the day, the report you’ll get looks very similar to what you get for other activities.

I don’t like wearing a watch to bed, but of all the smartwatches I’ve tested lately, the Apple Watch SE is the one I minded the least. Sadly, it also delivers the least insightful data. While Fitbit and Samsung use the heart rate monitor to figure out whether you’re in REM, light, deep or restorative sleep, Apple only takes into account accelerometer data. It does track your heart rate overnight but doesn’t use that to tell what sleep zone you’re in. The Watch SE also wasn’t as accurate at detecting when I fell asleep either. It assumed  I had gone to bed at the time I had set in my Wind Down sleep schedule when in fact I only got in an hour later.

According to the Watch SE, I was restless right after I fell asleep, when really I was just awake and fidgeting. Then, when I woke up and snoozed my alarm a few times, none of those movements registered and Apple decided to take the time I finally stepped out of bed as when I woke up. This is the sort of unreliable tracking that plagued early Fitbits, but they’ve grown much better over the years. If accurate and insightful sleep tracking is important to you, the Apple Watch won’t be your best option.

Apple also introduced a Wind Down and Wake Up feature that helps you prepare for bed and your work day. I set my bedtime to 1am, and at midnight, the Watch SE went on Do Not Disturb and stopped bothering me, which was nice. But I continued to while away on my phone anyway, despite Do Not Disturb being enabled there too.

When my morning alarm went off, it was a gentle tune rather than a jarring cacophony, which was nice, but not much different from simply picking a better sound for my phone. These sounds were already available for iOS, anyway. What is better is that you can use the watch’s haptic engine for a vibration-based alarm on your wrist to rouse you without bothering others. Also, if you wake up and move in the 30 minutes before your set time, the Watch will ask if you want to turn off the alarm, which is a nice touch.

Another new watchOS 7 feature is hand-wash detection, which is particularly relevant during the pandemic. The Watch will automatically recognize, based on the way your hands are moving, if you’ve started to wash them. Then, it’ll turn on the microphone to listen for sounds of water and soap suds to confirm, and launch a 20-second timer to make sure you’re scrubbing for the recommended duration.

This is helpful when I’m getting my first wash in after returning home, but kind of annoying subsequently because I don’t always need to wash my hands for 20 whole seconds. Sometimes I just need to get some grease off my palm and ten seconds is enough. Thankfully, all you get if you stop washing before the time’s up is a gentle admonishment that you can skip, so it’s only a minor annoyance. The Watch SE was almost always able to detect when I’d started washing my hands, missing only one very quick session. But it also thought I was cleaning my hands when I was actually washing some grapes. Again, it was easy enough to just ignore the timer and go on with my day.