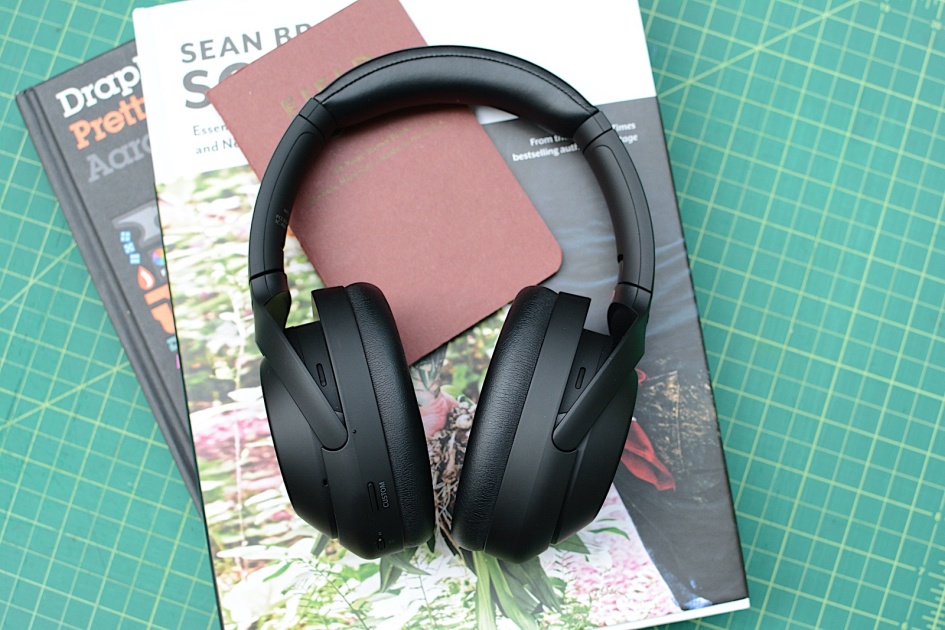 Sony’s Headphones app is the control center for the M4. It’s here that you can adjust nearly every feature available on the headphones. Most notably, you can dial in your presets for Adaptive Sound Control just like the M3 and other Sony headphones and earbuds. With this powerful feature, you can opt for the M4 to automatically change the level of noise cancellation and ambient sound based on your activity (Staying, Walking, Running and Transport). Sony introduced automatic switching based on location earlier this year, and that’s available on the M4 as well. You can either manually set a spot for a specific sound profile on a map (Home or Office, for example), or you can entrust the app to “learn locations you frequent.” This all works very well, but you have to keep location sharing on so the app can do its thing. Not everyone will be comfortable with Sony knowing their every movement.

The biggest addition to the app is the ability to connect to two devices at once. With this new feature, Sony is addressing a key criticism of previous models. And the company has made switching nearly seamless. If I’m listening to music on my MacBook Pro, I can easily answer a call with no issues, or make changes in the Headphones app, without having to re-pair with my phone. I did run into occasional issues going back to my laptop after calls, but Sony says a firmware update will improve performance of this feature in mid-August — around the time the M4 starts shipping.

In terms of noise cancellation, Sony already excelled at customization and ANC that adjusted automatically based on your location or activity. The company went a step further on the M4 with a new Bluetooth Audio SoC (system on chip) that detects outside noise over 700 times per second. And a new algorithm for the dedicated QN1 noise canceling processor applies its computing power in real time. Sony says all of that leads to better noise blocking across the frequency curve. While I couldn’t put that claim to the test on a flight, I can attest that the M4 does a masterful job of cutting the commotion at home. Whether it’s voices or the TV, these headphones have allowed me to focus on being productive at a time when my entire family is at home all day and distractions abound.

While you can choose from a selection of audio presets, or manually adjust both the EQ curve and level of Clear Bass, the M4 sounds amazing right out of the box. Depending on the genre, I might make some tweaks. But more often than not, I rode with the default tuning. There’s plenty of punchy bass when songs demand it, so Run The Jewels’ RTJ4 has all the boomy low-end tone the artists intended. Even with ample bass, there’s no loss of detail as the M4 offers an immersive sound stage and excellent clarity with tracks from Spotify. That attention to individual instruments and sonic subtlety makes the acoustic duo Watkins Family Hour a joy to listen to. Layered atmospheric post-rock compositions from Caspian feel like you’ve ventured inside the studio.

With the M4, Sony updated its spin on digital sound processing (DSP), the Digital Sound Enhancement Engine (DSEE). The previous version of the tech DSEE HX upscales compressed music files to bring them closer to the original high-res versions. With the new DSEE Extreme, the company says it made the upscaling more accurate, thanks to Edge-AI that analyzes music in real time. That process can detect instruments, genres and “individual elements” to make the audio restoration. As with most features, you can turn it off in the Sony app, but it does make a noticeable difference. Tracks have more presence, depth and detail with DSEE Extreme enabled.

And then there’s 360 Reality Audio. As was the case with the M3, the new M4 works with Sony’s immersive sound format. If you haven’t tried it before, you’ll have to take some awkward ear selfies with the Headphones app so the software can create a profile specifically for you. In my case, I had already done it, so I was spared. From there, you just need a high-res streaming subscription that gives you access to 360 Reality Audio tracks. Amazon Music, Tidal, Deezer and Nugs.net offer that luxury, but it’s more expensive than a “regular” plan.