The best Chromebooks you can buy 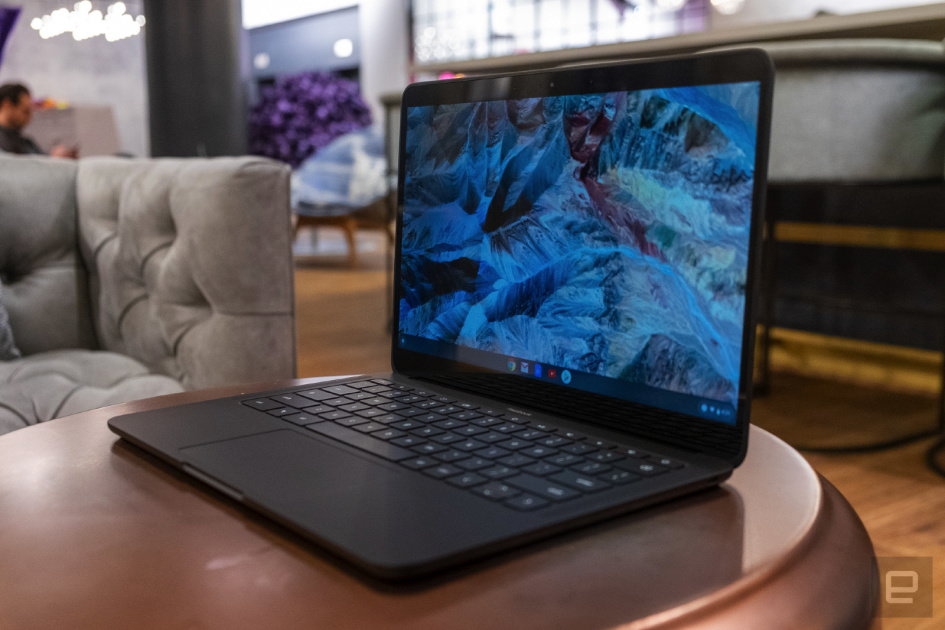 What are the most important specs for a Chromebook?

Chrome OS is lightweight and usually runs well on fairly modest hardware — so the most important thing to look for might not be processor power or storage space. That said, I’d still recommend that you get a Chromebook with a relatively recent Intel processor, ideally an eighth-generation or newer M3 or i3. Most non-Intel Chromebooks I’ve tried haven’t had terribly good performance, though Lenovo’s Chromebook Duet 2-in-1 runs surprisingly well on its MediaTek processor.

As for RAM, 4GB is enough for most people, though 8GB isn’t a bad idea if you want to future-proof your investment or if you’re a serious tab junky. Storage space is another place where you don’t need to spend too much — 64GB should be fine for almost anyone. If you plan on storing a lot of local files or loading up your Chromebook with Linux or Android apps, get 128GB. But for what it’s worth, I’ve never felt like I might run out of local storage when using Chrome OS.

Things like the keyboard and display quality are arguably more important than sheer specs. The good news is that you can find less expensive Chromebooks that still have pretty good screens and keyboards that you won’t mind typing on all day. Many cheap Chromebooks still come with tiny, low-resolution screens, but at this point there’s no reason to settle for anything less than 1080p. Obviously, keyboard quality is a bit more subjective, but you shouldn’t settle for a mushy piece of garbage.

Google has an Auto Update policy for Chromebooks, and while that’s not a spec per se, it’s worth checking before you buy. Basically, Chromebooks get regular software updates automatically for about six years from their release date (though that can vary a bit from device to device). This support page lists the Auto Update expiration date for virtually every Chromebook ever, but a good rule of thumb is to buy the newest machine you can to get the most support.

How much should I spend?

Chromebooks started out notoriously cheap, often under $300. But as they’ve gone more mainstream, they’ve transitioned from being essentially another take on the netbook to the kind of laptop you’ll want to use all day. As such, prices have increased a bit over the last few years. At this point, you should expect to spend at least $400 if you want a solid daily driver. There are still many budget options out there that may be suitable as couch machines or secondary devices, but if you want a Chromebook that can be your all-day-every-day laptop, $400 is the least you can expect to spend.

There are also plenty of premium Chromebooks that approach or even exceed $1,000, but I don’t recommend spending that much. Generally, that’ll get you better design with more premium materials as well as more powerful internals and extra storage space. Of course, you sometimes pay for the brand name, as well. But, the specs I outlined earlier are usually enough. Google’s Pixelbook is a great Chromebook, but it’s well over two years old at this point and shouldn’t still be priced at $999. Another premium Chromebook, Samsung’s Galaxy Chromebook, does almost everything right, but has terrible battery life. For the most part, you don’t need to spend more than $850 to get a premium Chromebook that’ll last you years.

Look beyond the awkward name and you’ll find a Chromebook that does just about everything right that’s also a tremendous value. The Flex 5 Chromebook gets all the basics right: the 13-inch 1080p touchscreen is bright, though it’s a little hard to see because of reflections in direct sunlight. It runs on a 10th-generation Intel Core i3 processor, the eight-hour battery life is solid, and the backlit keyboard is one of the best I’ve used on any laptop lately, Chromebook or otherwise. And all this can be had for $410 on Amazon — significantly less than many comparably-speced options I’ve tried recently.

Naturally, Lenovo cut a few corners to hit that price. Most significantly, it only has 4GB of RAM and 64GB of storage. Normally, I wouldn’t recommend anyone buy a computer with those specs — but Chrome OS is far less dependent on local storage. Unless you were planning to store a ton of movies or install a huge variety of Android apps, 64GB is enough for moderately advanced use. I was concerned about the non-upgradeable 4GB of RAM, but my testing showed that the IdeaPad Flex 5 can run plenty of tabs and other apps without many hiccups. If you push things hard, you’ll occasionally have to wait for tabs to refresh if you haven’t viewed them recently, but other than that this is a solid performer, particularly for the price.

Other things in the IdeaPad Flex 5’s favor include that it has both a USB-C and a USB-A port and a 360-degree convertible hinge. I personally don’t find myself flipping laptops around to tablet or stand mode very often, but it’s there if you like working in those formats. It’s not the slimmest (.66 inches) or lightest (3 pounds) out there, but that’s totally reasonable considering the price. Ultimately, I think the Flex 5 hits the sweet spot for a large majority of potential Chromebook buyers out there, providing a level of quality and performance that’s pretty rare to find at this price point.

Google’s Pixelbook Go sticks close to the standard Chromebook script, but raises the bar in a few key ways. The base $649 model has an eight-generation Intel m3 processor, 64GB of storage and 8GB of RAM. You’ll give up a little processing power to the i3 chip found in Lenovo’s IdeaPad Flex 5, but doubling the RAM might be a better choice for serious multitaskers.

The Pixelbook Go also has superior battery life, lasting over 13 hours in our video playback test (the IdeaPad clocked in just under eight hours). It also features probably my favorite laptop keyboard around, and the 13.3-inch touchscreen has better viewing angles and more contrast than the IdeaPad’s screen. And at a half-inch thick and 2.3 pounds, it’s significantly more compact than the IdeaPad Flex 5. Its design is also certainly more fun, if that matters to you — the matte black looks great, while the “not pink” model adds a nice pop of color. The Go doesn’t have a 360-degree hinge, but I don’t take any points away for that.

If you really want to future-proof your investment, Google also has an $849 Pixelbook Go model with an eighth-generation Core i5 processor, 8GB of RAM and 128GB of storage. That’s the high point of what people should spend on a Chromebook, but it should last you years.

If you want a larger screen: HP Chromebook 15

The Pixelbook Go’s small size makes it great for road warriors, but if you’re more interested in a computer to use around the house, consider HP’s Chromebook 15. Its midrange model (eighth-generation Core i3 processor, 4GB RAM, 64GB storage) is good enough for most, but its 15.6-inch touchscreen is a lot bigger than you’ll find on our other picks. It has the same 1080p resolution as our other favorite Chromebooks, but a bigger screen may be easier on your eyes.

Given the large display and commensurately large body needed to house it, the HP Chromebook 15 is a big boy and weighs in at four pounds. But that extra size means there’s more room on the keyboard deck, so HP put in a full number pad on the right side — a win if you’re a spreadsheet junkie. It’s a good overall value too, at $449 from HP directly.

HP offers a few other configurations, too. There’s a $379 model that drops the touchscreen and runs on an Intel Pentium Gold processor with 4GB of RAM and 32GB storage. Or, you can step up to a model with an i3, 8GB RAM and 128GB of storage for $499. Either way, you’ll get that large screen, spacious keyboard and exceedingly long battery life — over 10 hours in my tests.