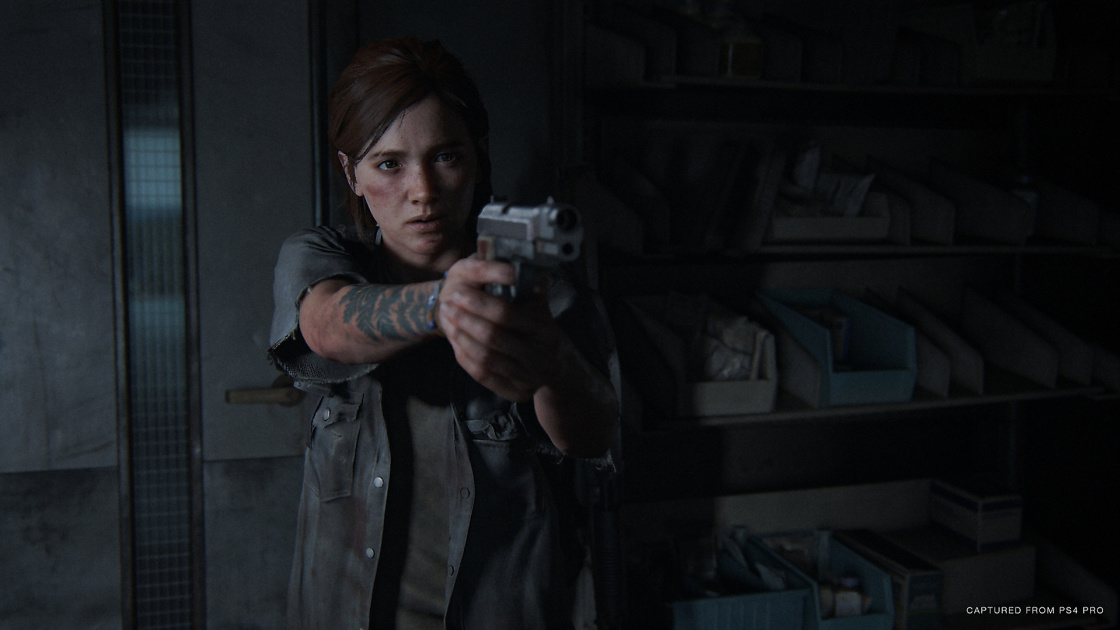 Fortunately, the many upgrade systems have been significantly enhanced, as well. As in the first game, you can craft a variety of weapons like molotov cocktails and bombs; you’ll also find “training manuals” that unlock more skills for Ellie. But the skill tree is far more complicated than the first game. There are a total of five different skill paths, covering categories like survival stealth or explosives, each with five characteristics to upgrade. Survival, for example, allows for faster health kit crafting and increased overall health, while explosives lets you craft explosive arrows or improve your molotov cocktails. There aren’t enough resources in the world to max out every skill tree on a single playthrough, so you’ll have to decide what you value most as you go.

There are also more items to craft than ever before — besides returning tools like molotov cocktails and health kits, Naughty Dog added options like the aforementioned explosive arrows and a silencer to Ellie’s arsenal. You have to unlock these first through the skill tree system, and then you can craft them with supplies you find around the world. They expand the different ways you can tackle any given situation — one of my favorite moves is making a trip mine and luring a horde of infected mindlessly to their doom. You can also craft basic arrows for your bow, which really comes in handy when other ammo is scarce. As in the first game, there’s overlap in the crafting recipes, so you’ll need to decide between, say, a silencer or a health kit to help you through an encounter.

You’re going to need to take advantage of everything you can, too, because this game can be extremely difficult. I played on the third of five difficulty levels, moderate, and didn’t have too tough a time. But I’ve since started to play on “hard,” and it has significantly changed the game — supplies are incredibly scarce, and there have been plenty of times I’ve found myself with one or two bullets and no other weapons. And I’m no slouch; I beat The Last of Us on the super-difficult Grounded mode, though that was after playing through on lower levels multiple times.

Naughty Dog does allow you to tweak individual difficulty settings for combat, stealth, resources and so forth, so if you like a challenge but want more ammo, you can set “resources” to an easier level. It’s part of an extensive accessibility effort put into the game, which is a very good thing. Players who just want to experience the story can try the “very light” difficulty, and you can adjust difficulty levels after you start the game if you feel like you’re in over your head. Meanwhile, the truly insane can try Grounded mode and a few “permadeath” options coming in a future update.

The visual overhaul Naughty Dog brought to the game is nearly as dramatic as the gameplay improvements. The Last of Us was a stunner for its time, but in 2020 its PS3 origins are starting to show a bit more, even when playing the remastered version for the PS4. Trees don’t look so realistic, for example, and twisting the camera to see the faces of NPCs can reveal some pretty dead-eyed expressions. In Part II, that’s not the case at all. Everything — from faces, clothing and hair to the intricate details of signs on decaying buildings and the lush, overgrown forests of Washington — looks amazing. Environments are similarly beautiful: Naughty Dog has a particular knack for making a brutal, broken world look like a world worth living in.