Home/Tech News/Surface Earbuds and and Headphones 2 review: Comfort is king

Surface Earbuds and and Headphones 2 review: Comfort is king 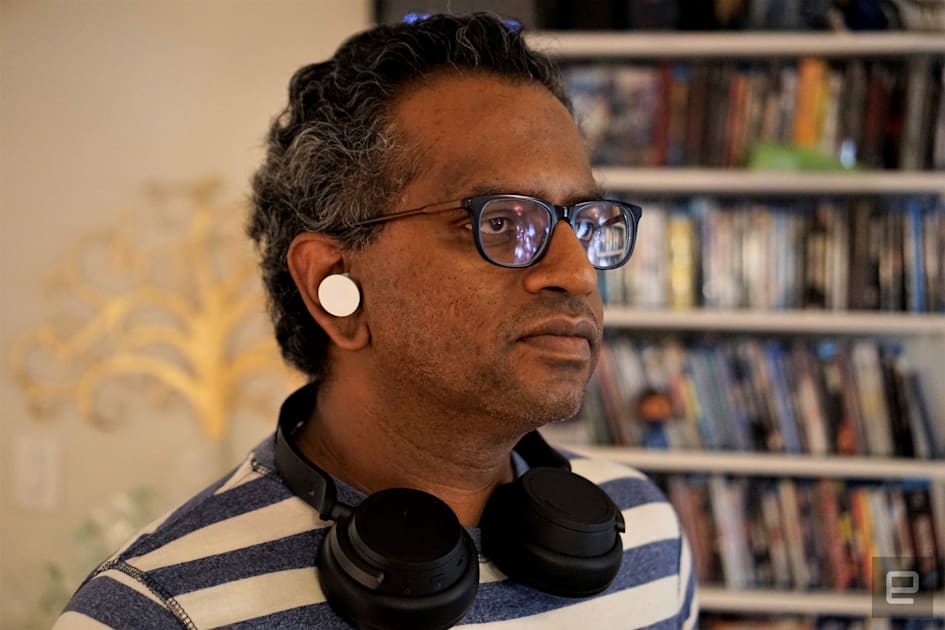 Both the Surface Earbuds and Headphone 2 feature a plethora of microphones, which was particularly helpful whenever I need to jump on phone calls and Zoom chats. According to my colleagues, both sets sounded crisp and clear. That’s more than I can say for many other wireless headphones. Microsoft’s mics are also useful for activating virtual assistants and dictating text in Microsoft Office. I rarely had to repeat myself or correct any transcriptions.

As much as I liked the Surface Earbuds, though, it’s worth noting that they have some limitations if you just want to use one earpiece, which is my preferred way for listening to podcasts (or while walking around NYC, when that was possible). Throughout my testing, I noticed that the left earbud would start to lose reception if I moved too far away from the right bud. After chatting with Microsoft, it turns out that’s because only the right Surface Earbud pairs with your phone. The left one basically feeds off of that connection.

That’s a surprising design choice for Microsoft, since it was a connection method used by first-generation wireless earbuds. These days, devices like the AirPods Pro and Sony’s WH-1000XM3 pair each earbud to your phone individually. That typically makes the reception better, and it also gives you the flexibility of using either side on their own. Perhaps Microsoft can fix this connectivity method with the next Surface Earbuds, but for now single-headphone users will have to live with the right bud.

At least the Surface Headphones 2 offer more flexibility. I was able to pair it with my Apple TV and iPhone at the same time, and it was smart enough to switch audio from both sources. That’s a feature I’ve been longing for with Sony’s WH-1000XM3, which can only pair with one device at a time. For the past few years, I’ve had to manually disconnect those cans from my Apple TV whenever I used them with my phone. The Surface Headphones 2, meanwhile, just worked. This is the beauty of competition, though. Now Sony has more of a reason to fix this issue in its otherwise perfect headphones.

Microsoft claims the Surface Headphones 2 last up to 20 hours with noise canceling turned on, while the Earbuds are rated for eight hours per charge (with another 16 hours of charge in their case). In my testing over the past week, which typically involved watching a few hours of TV, or jamming to music at night, the Headphones 2 have lasted over seven days without a recharge. The Earbuds typically sit around 50 percent after four hours of playback, and together with their charging case, I’ve been able to use them for six days without needing more juice.

After listening to countless podcasts, video game remixes and late-night TV shows, it’s clear to me that Microsoft has found a decent audio niche. It’s building quirky-yet-comfortable devices that are easy to use. Aside from the weird connectivity arrangement of the Earbuds, I don’t have many complaints. They’re still some of the best wireless buds you can buy today. And the Surface Headphones 2 prove that Microsoft can actually learn from its earlier mistakes. They’re both great choices for cranking up the tunes and drowning out the world.