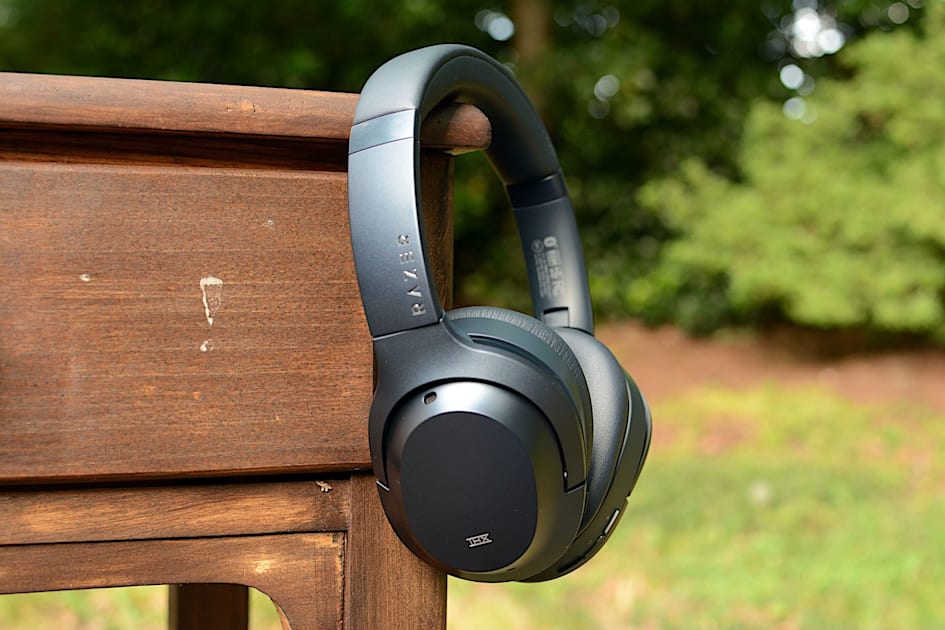 To tailor the sound to your preferences, Razer built an Opus companion app for Android and iOS. It’s limited in what you can tweak, but it offers a collection of five audio presets: THX (default), Amplified, Vocal, Enhanced Bass and Enhanced Clarity. During my tests, the THX setting sounded best, though in certain cases I found myself using Amplified as well. I didn’t care for the others, but that’s just me. They all seemed unbalanced in their own way and slightly unpleasant. Honestly, it’s fine, because the default setting is so good. Razer plans to add more functionality to the software in the future, so we should see more options beyond the current presets soon. For now you can see a battery-indicator icon (no percentage), adjust auto-shutoff timing, turn off/on automatic pausing and access a product guide.

In addition to the overall audio quality, the noise-cancelling ability of the Opus is also respectable. Like a lot of other headphone companies, Razer uses a hybrid ANC setup with four noise-cancelling microphones: two on the outside and two on the inside. While I wasn’t able to use these on a flight, which is my go-to test, the Opus did do a decent job blocking out my constantly raucous household. I also used some artificial cabin noise, and these headphones handled it well. Based on what I could set up at home, the ANC isn’t up to the level Bose offers and lacks the automation of Sony’s adaptive sound, but it does well to reduce the racket around you.

When it comes to battery life, Razer promises up to 25 hours with ANC turned on. I was actually able to manage just over 30 hours, so you should have no trouble. The company doesn’t mention any quick-charge features, only that completely replenishing a fully depleted battery will take four hours. That omission isn’t necessarily a dealbreaker, even if it is a standard feature these days. However, it would be nice to be able to rely on an hour of playtime if you only have 10-15 minutes to charge.

For alternatives in the $200 range, I like Sony’s WH-XB900N ($250). These headphones have 30 hours of listening time, powerful bass and solid noise cancellation for well under what you’d pay for flagship models like the WH-1000XM3. Plus, the WH-XB900N works with Sony’s Headphones app for customization. Sony also recently introduced the WH-CH710N ($200), which offers 35 hours of battery life, ANC and a more well-rounded tone. For a non-Sony option, there’s the Sennheiser HD 450BT ($199.95). These won’t wow you with sound like the company’s pricey Momentum 3 Wireless, but the audio is decent and the ANC performance is solid. Plus, the company cut the price to $149.95, which might sway you if you’re looking to save more.

Razer may not be the first company you’d consider when it comes to general-use headphones, but it’s time to change that. The Opus packs a lot of premium features, including immersive THX sound, into a device that’s way more affordable than the competition. The ANC might not be the best, but it works well enough to keep you tuned in when you need to be. If the company can add more customization to its app, the Opus could be even better. These are some of the best-sounding headphones you can buy right now for $200, and the other features make a compelling package that’s easy to recommend.