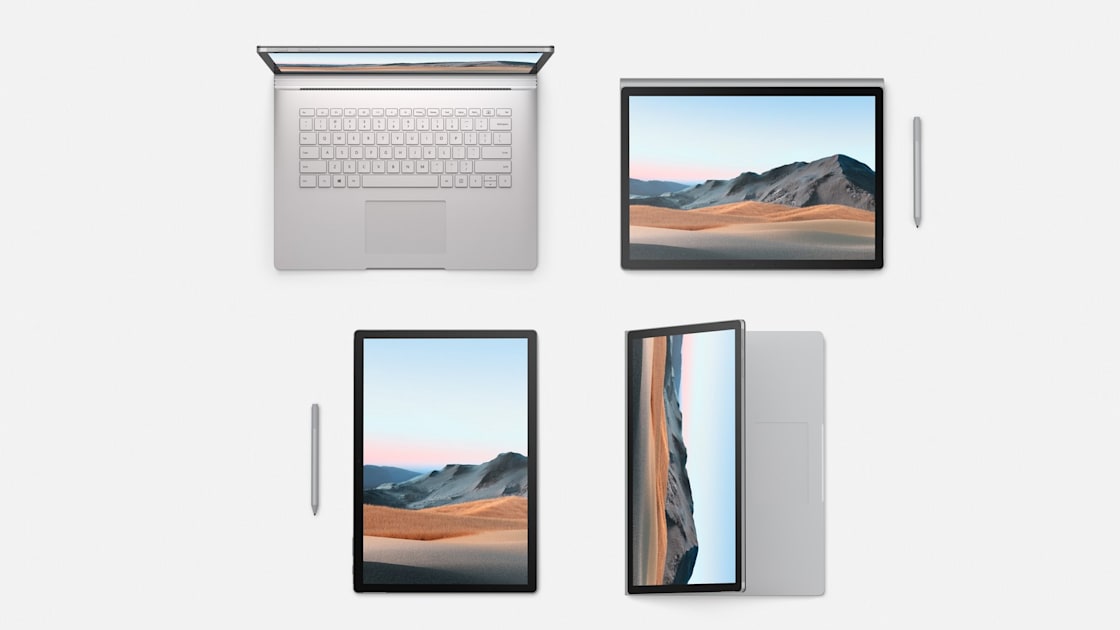 It’s also nice to see Microsoft update the Surface Go, giving it a bigger screen and LTE connectivity while maintaining the little tablet’s cute, compact dimensions. We can’t tell how it will perform in real life yet, but the Go 2 also has a slightly faster processor than its predecessor. It still starts at $399, though at that base level you’re only getting a slow Pentium Gold processor. For a more capable Core M3, you’ll need to shell out at least $500. Throw in LTE and we’re looking at $730. And that’s not even counting the extra $100 to $120 you’ll have to pay for the keyboard attachment. Jeez, Microsoft.

The questionable decisions don’t end there. Microsoft also unveiled the long-awaited Surface Book 3 this week. It’s a 13- or 15-inch detachable laptop that Microsoft says is the “most powerful Surface laptop yet.” The smaller version comes with Intel’s quad-core i5 or i7 with Iris Plus-integrated graphics and up to NVIDIA’s GeForce 1660, which is fine for its size. Sure, Dell was able to squeeze a six-core CPU into the dainty little XPS 13 last year, but Apple is still using quad-core processors in the 13-inch MacBook Pro, so we’ll let Microsoft off here.

In the 15-inch Book 3, though, you’ll still be stuck with four cores. You can bump the graphics to an NVIDIA GeForce 1660 Ti or even the Quadro RTX 3000. But the quad-core CPU is embarrassing when compared to the competition. The MacBook Pro 16 inch, for example, comes with six- or eight-core options, and the Dell XPS 15 has a six-core configuration.

One of the biggest reasons Microsoft is having processor trouble lies in the Surface Book 3’s design. Since it’s a detachable tablet, the device’s processor has to be embedded behind the screen so it can keep running even when apart from the keyboard. It also needs to house some battery for power, in addition to things like speakers and connectivity components. Meanwhile the keyboard half is where the discrete GPU and more battery lies.

Because of the limited space behind the display, Microsoft can’t squeeze in a CPU with more cores. The Surface Book’s design is unique, sure, but its entire proposition is flawed: Who’s looking for a powerhouse machine in the form of a 15-inch tablet? The larger Book 3 would be so much better if Microsoft reimagined it as a convertible instead of a tablet stuck to a keyboard, and gave it better processors.

It’s such a shame that it’s been almost three years since the Book 2 launched in 2017, and now that it’s here the Book 3 is just a perplexing product. Yes, it’s nice that we finally have an updated model, but considering how much progress the competition has made since, the Book 3 might be hard to recommend. Of course, we’ll have to wait till we fully review the device to know how it fares, but I’m not holding my breath.