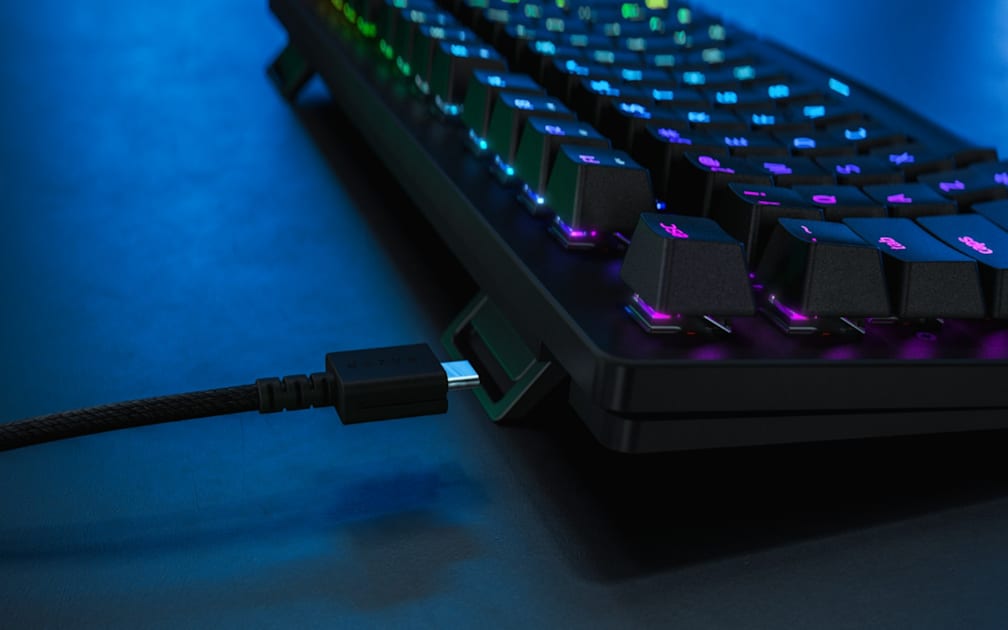 The Huntsman TE is a mechanical keyboard with a tenkeyless layout (so there’s no numpad), double-shot PBT keycaps and Razer’s own linear red optical switches. It also comes with a detachable USB-C cable, which makes it easier to transport and customize. You also get dual height adjustment with two sets of legs underneath the body and, of course, RGB lighting. In the Hunstman’s price range, PBT keycaps are usually something manufacturers skip on to save cost, so its feature set is compelling for the price.

The Viper, on the other hand, is a wired ambidextrous mouse. It has two side buttons on each side. It uses optical instead of mechanical switches, which Razer claims reduces the bounce effect you get with some gaming mice. At 69 grams, it’s also one of the more lightweight mice you can buy currently.

We haven’t had the chance to review the Huntsman, but it’s generally well-regarded by the PC community. The consensus is that by listening to its customers, Razer released one of the best keyboards of 2019. As for the Viper, Engadget’s Devindra Hardawar had a chance to play some CS: GO with the mouse when Razer announced it last year, and he found it to be comfortable to use.

All told, if you’re not too particular about the specific peripherals in your PC setup, you’re getting a solid package at a compelling price.