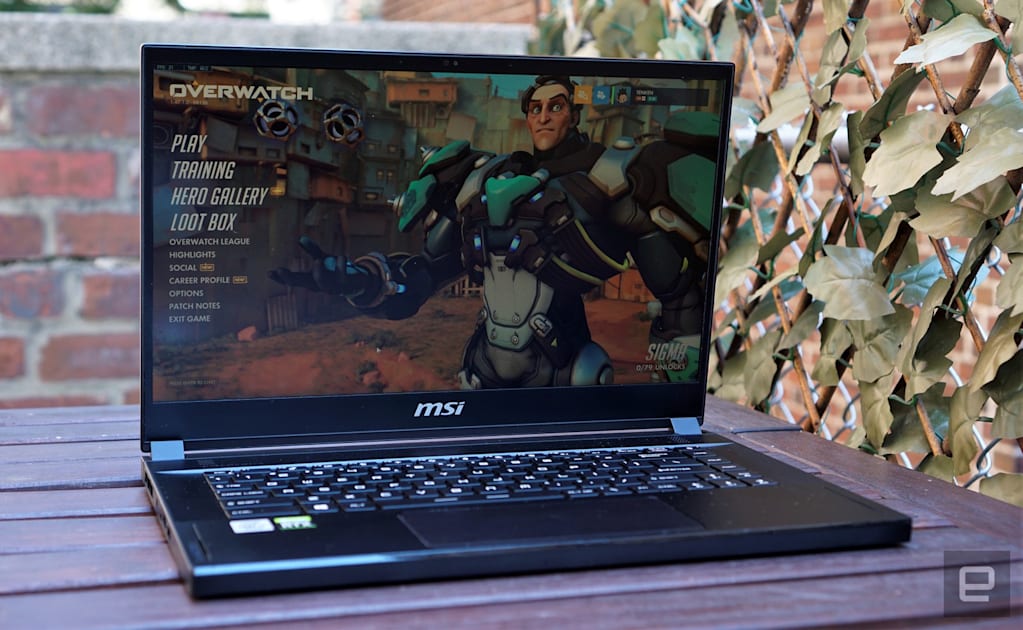 Unfortunately, all of the GS66’s upgrades added a bit more heft to the machine. It’s now 4.6 pounds, instead of the previous model’s 4.1 pounds. That does take away from Stealth brand’s luster a bit, especially when you consider a machine like the Zephyrus G14 weighs just 3.5 pounds. Still, MSI is competitive — Razer’s Blade 15 clocks in at the same weight as the GS66. And given its size, it also offers most of the ports that you’d want, including two USB-C ports, one of which supports Thunderbolt 3; three USB 3.0 Type-A; full-sized HDMI; and a 2.5 gigabit Ethernet connection. You can also upgrade the RAM and two NVMe SSD slots by removing the bottom of the case. It takes a bit of fiddling to pry the bottom off, given the tight fit, but at least you can add more hardware down the line.

MSI also crammed in a 99.9 WHr battery, the largest size possible that still fits under the FAA’s regulation for in-flight usage. During our battery test, which involves looping an HD video, it lasted a respectable seven hours and 29 minutes. While that’s more than the seven hours we saw on the GS65, it’s less impressive considering we just clocked 12 hours and 45 minutes on the Zephyrus G14. I wouldn’t expect any high performance laptop to last that long while gaming, but it’s still nice to get more uptime for productivity work.

While it’s a shame MSI couldn’t hit the same high note it did a few years ago, the GS66 isn’t a bad machine by any means. It’s more like the industry has finally caught up to its high benchmark.