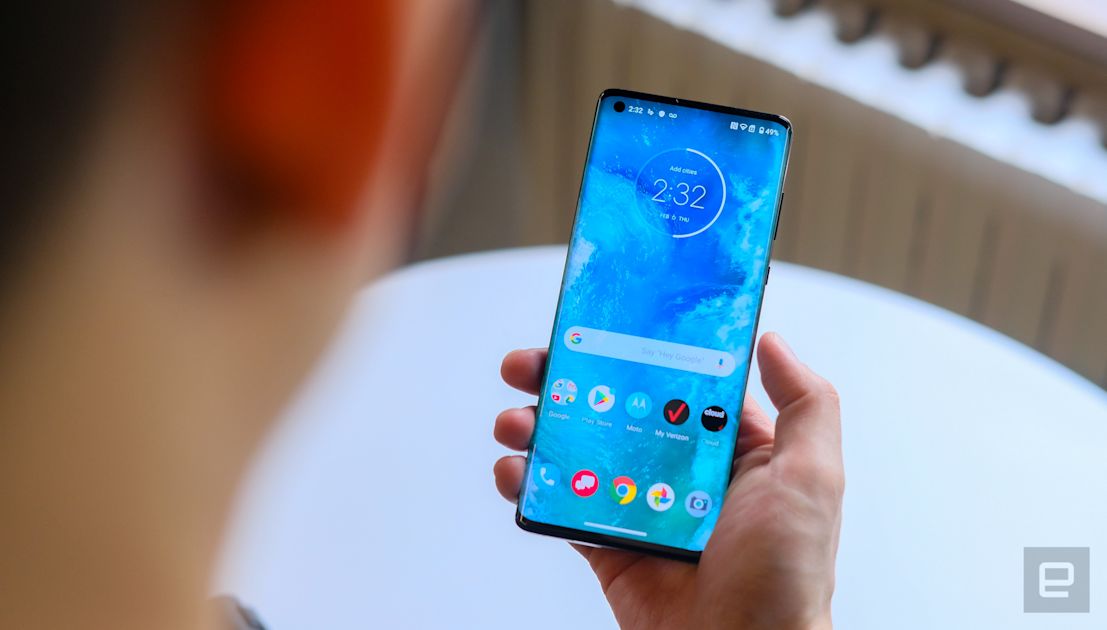 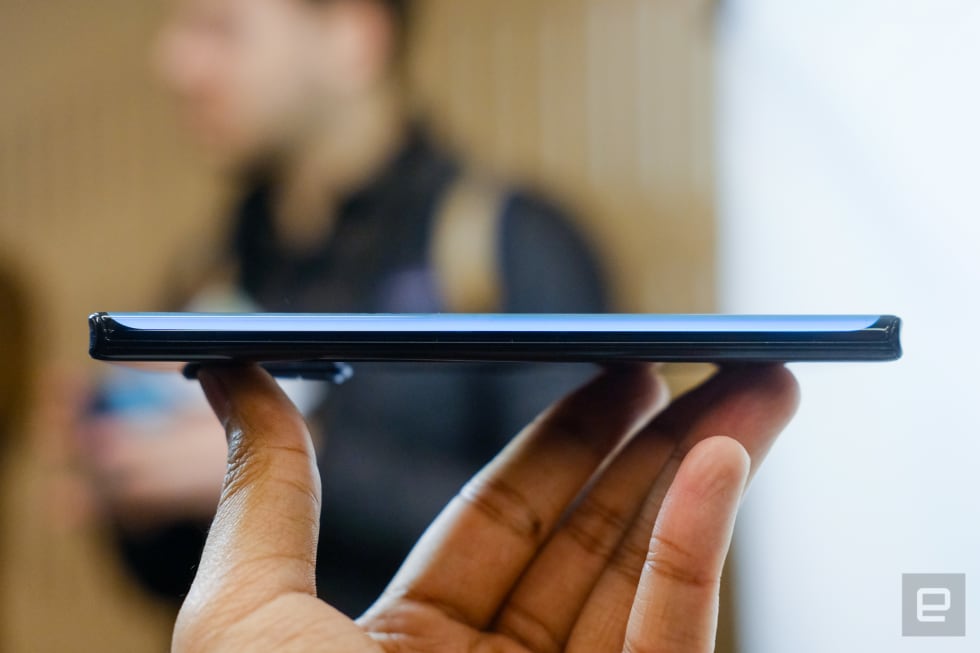 Beyond that, Motorola paid particular attention to audio — it called on a company called Waves to help tune the Edge+’s sound output, which is especially helpful since it has some really loud speakers. I could hear the YouTube videos I was playing with no trouble at all in a room packed with reporters clamoring to test one of a handful of devices. Naturally, a phone like this that focuses on audio quality packs a classic headphone jack, but since I didn’t have headphones with me, I couldn’t say how well it stacks up against phones with built-in DACs, like every high-end device LG has made for the last few years.

As far as cameras go, Motorola is swinging for the fences this time. The Edge+’s main camera features a 108MP sensor built by Samsung with an f/1.8 aperture, and by default, the camera performs some pixel binning to produce 27MP stills. The handful of shots I took in Chicago looked great on this big, punchy screen, but you’ll have to wait for our full review to see how well it actually stacks up to the competition. There’s also an 8MP telephoto camera that, unlike the OnePlus 8 Pro, actually optically zooms, and a 16MP ultrawide camera that also pulls double duty as your macro camera, and the results were quite a bit better than I expected. If video is more your bigger concern, you can shoot at resolutions at high as 6K with what Motorola calls “industry-leading” stabilization — it seemed to work well enough, but I wasn’t allowed to take that footage to show you.

On paper, the Edge+ has the chops to compete with some of the best phones out there, and our hands-on time left me feeling cautiously optimistic. If there’s one knock against the Edge+, though, it’s that the phone will be a Verizon exclusive In the US when it launches on May 14. I have to point out that Verizon is Engadget’s parent company and they have no control over what we write or say, so with that in mind, this deal seems like a real blow to people who have come to appreciate Motorola’s work on cheap, excellent, unlocked phones. These are, mind you, the folks that helped propel Motorola back into profitability as of last year. Verizon and Motorola have been very close partners for years (remember the Droid?), but that means some of the people who’d be most eager to give Motorola’s flagship a chance will simply miss out.