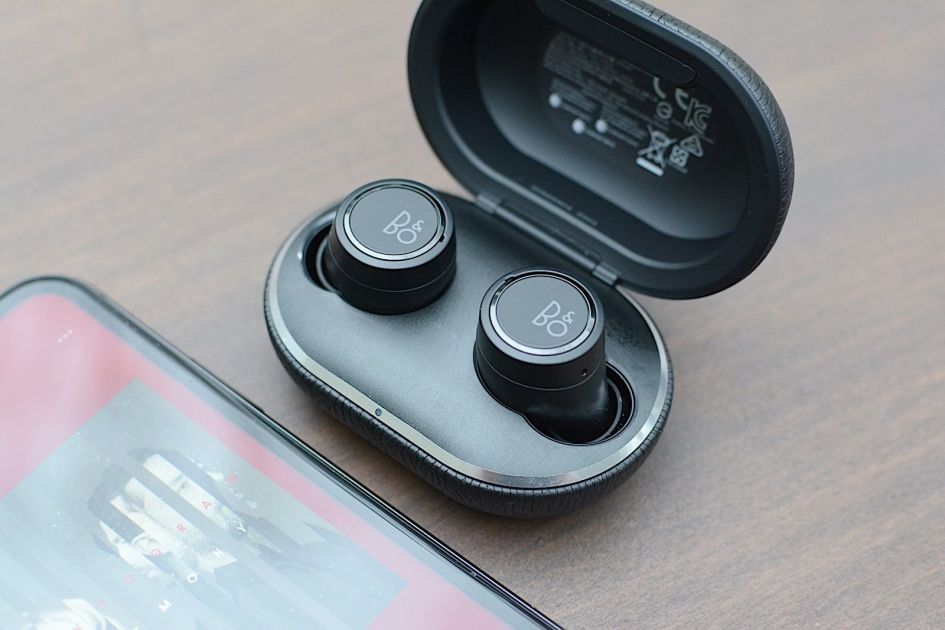 You can customize the sound through the B&O companion app though. You can choose one of five audio presets: Optimal (default), Commute, Clear, Workout and Podcast. To me the Optimal preset sounded best. The difference between most presets is subtle, but you can definitely tell a difference. The biggest change is between Optimal and Podcast, which is to be expected.

There’s also an EQ circle that you can slide around to customize things beyond the presets. It’s a more approachable graphic than the traditional EQ curve more experienced users might prefer. Words like “bright,” “relaxed,” “energetic” and “warm” are used to describe the areas of the circle. However, once you start moving around, the app will tell you where bass and treble levels reside. That Optimal preset is dead center, but if you select one of the other presets, you’ll see where the tuning started as you move around the circle. B&O doesn’t go as deep into EQ customization as the apps from Sony, Sennheiser and a few others, but at least it’s here.

Inside the app you can also crank up the ambient sound mode or enable automatic standby. That latter feature will automatically put the earbuds in standby mode when there’s no active audio source for 15 minutes. It’s not a groundbreaking feature, but it’s still nice to have when you want to get as much out of your battery as possible. 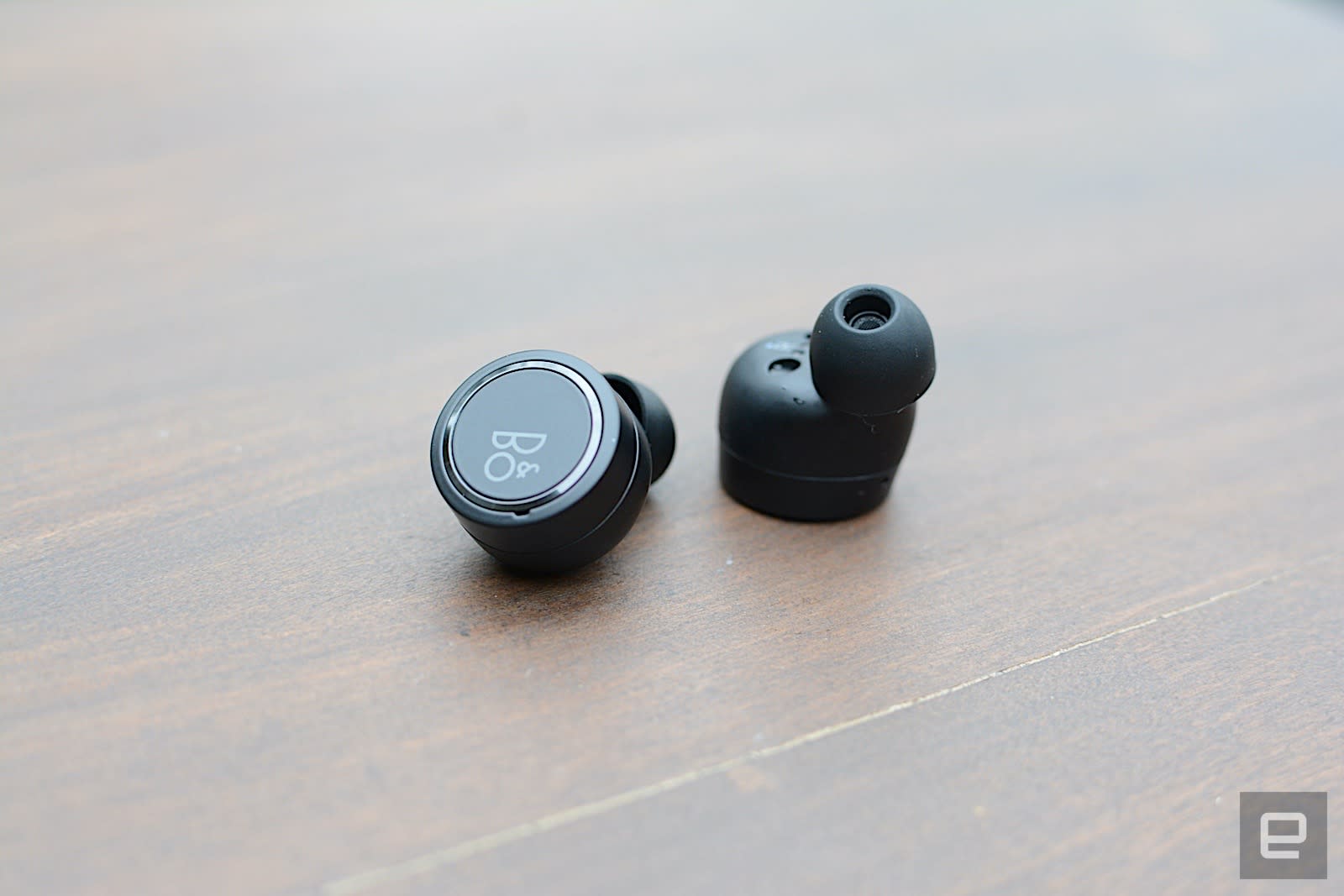 What you won’t find on the E8 3.0 is active noise cancellation (ANC). No, it’s still not a universal feature, even on the pricey premium true wireless options — but for $350, you expect these earbuds to be fully loaded. B&O does offer a handy ambient sound mode, but it doesn’t actually counter any unwanted noise. You’re left with passive noise isolation here, which could be a dealbreaker for some, especially at this price. The E8 also doesn’t automatically pause when you remove the buds from your ears. While I understand the desire to not impact sound quality with ANC, automatic pausing is a basic and near-universal feature that should absolutely be on a set of $350 earbuds.

One thing I’ve always liked about B&O headphones is their crystal-clear audio. You can hear subtle details that don’t come through on some of the competition’s. That’s true of the company’s on- and over-ear headphones, and it’s true of the third-generation E8. There’s snap and rattle to the snare as well as depth to the kick, all of which create a more open audio profile where some earbuds can fall flat. This is especially true on hip-hop tracks with a full band or more-elaborate instrumentation — acts like Anderson .Paak or Kaytranada.

The tuning on the latest version is far from perfect. I’ve always preferred more bass than B&O typically delivers on its headphones, and that’s true here. However, with the app, it’s easy to boost the low-end with a couple of swipes. I didn’t make a huge change, but with a small adjustment from the default Optimal setting, I was good to go. The E8 held up well across a range of genres — from hip-hop to bluegrass and metal to synth-heavy electronic tunes. 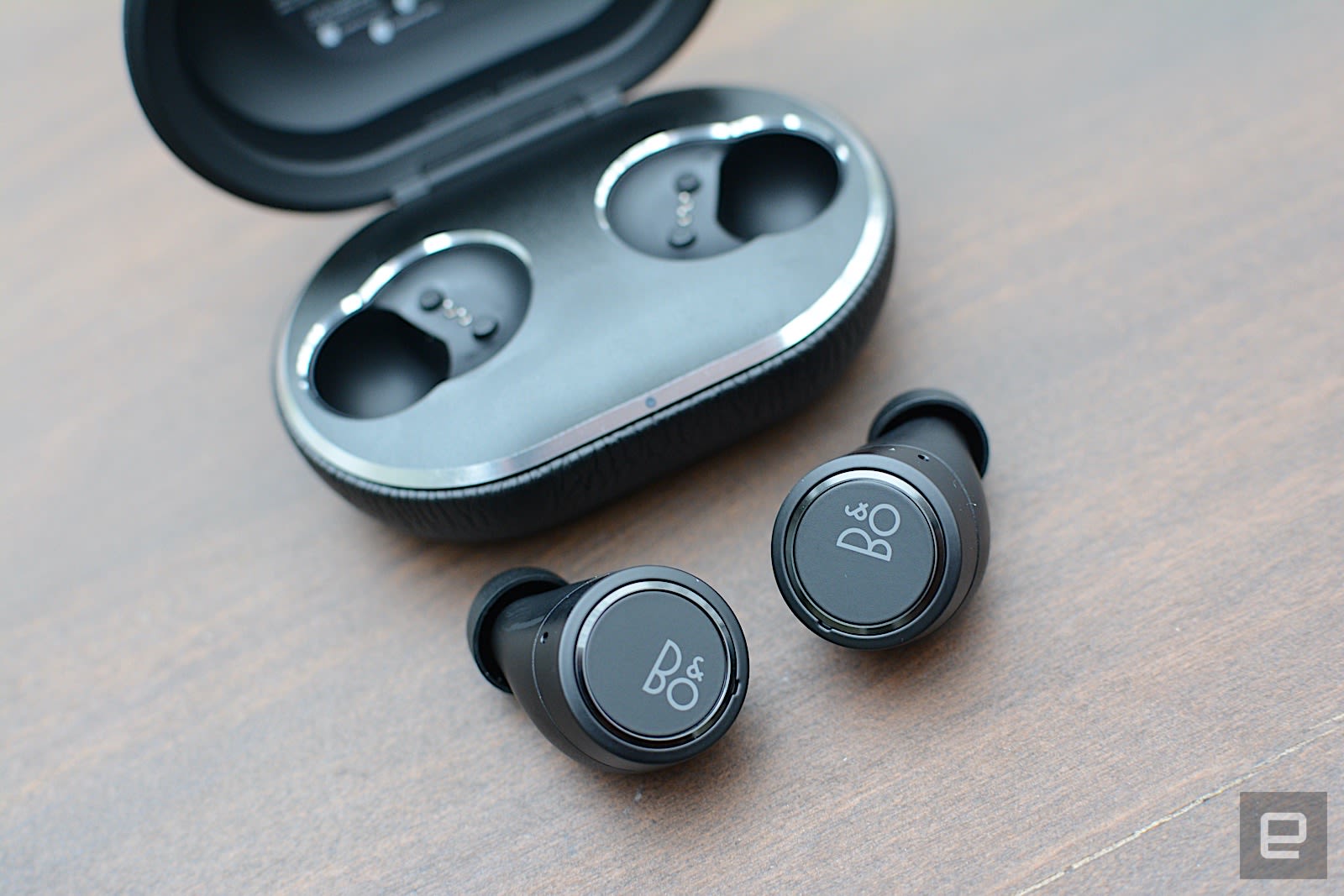 B&O also added two additional microphones, bringing the total to four. During call tests with both the second- and third-generation E8, the person on the other end said I sounded better with this new model. Of course, even the best true wireless earbuds will still make you sound like you’re on speakerphone to a degree, but you do want them to reduce background noise as much as possible. Some do that better than others, and with the third-generation E8, my colleague said the audio quality was significantly clearer and louder than that of the previous model.

Bang & Olufsen says you can expect seven hours of battery life on the earbuds themselves, with four additional charges in the included case. That’s up from four hours on the E8 2.0, so it’s nearly double. Thirty-five hours of total listening time is pretty incredible for a true wireless product, even if what the buds can hold is slightly less than some others. The competition is inching toward 10 hours on a charge, with some already exceeding that mark — like Audio-Technica’s ATH-CKS5TW. I was able to manage seven hours consistently even at high volumes, which B&O says could impact its stated figures. Plus, if you’re only using these two to three hours per day and docking them in the case, you can probably manage a couple weeks of use before you’ll need to charge the entire set. 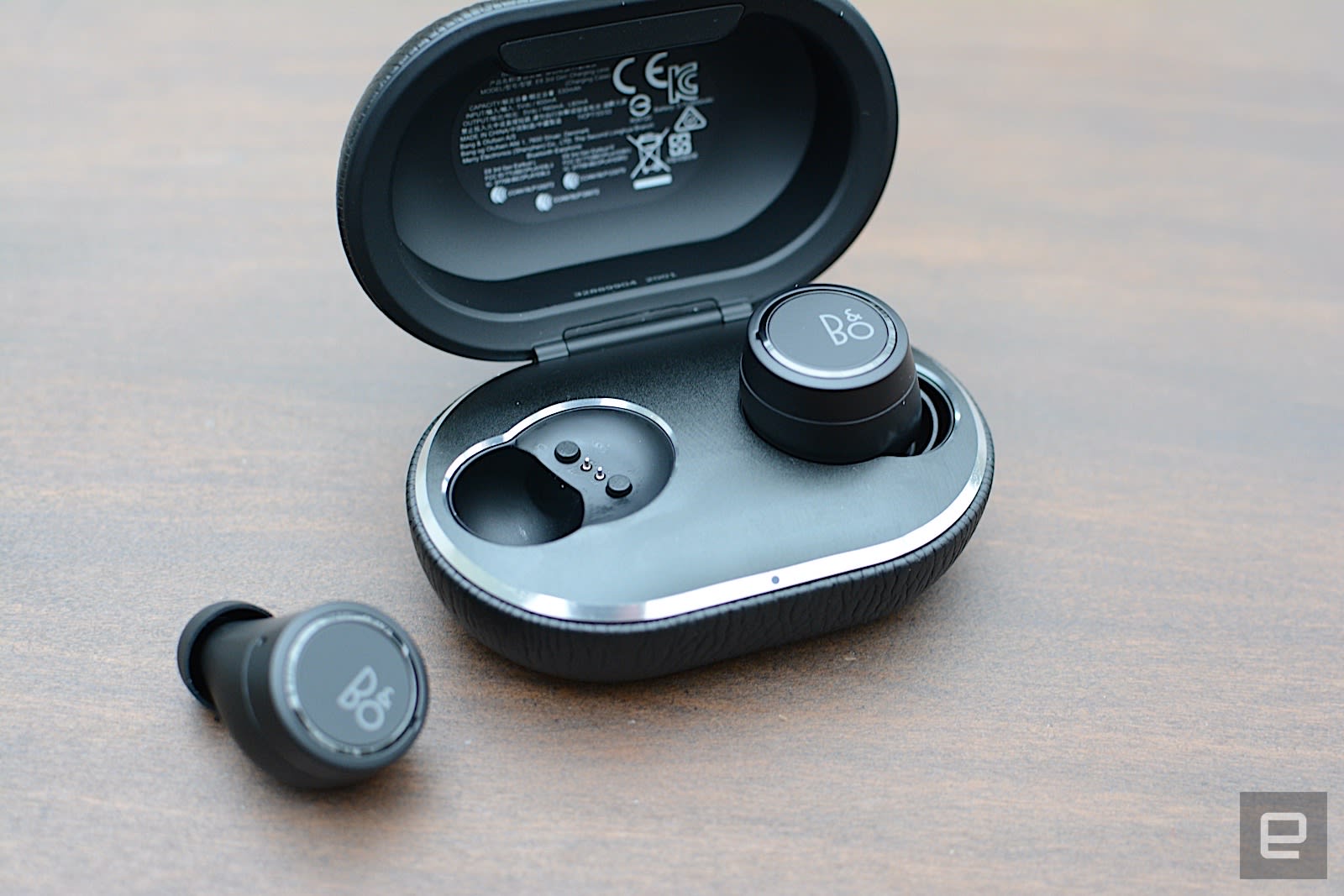 When it comes to “premium” true wireless earbuds, B&O’s main competition is the likes of Sennheiser and Master & Dynamic. Sennheiser’s Momentum True Wireless started at $300, but now that they’re over a year old, you can find them on sale for around $200. They sound great, but the touch controls make them frustrating to use. Master & Dynamic is now on the second round of its true wireless earbuds. With the MW07 Plus, the company addressed a lot of the concerns we had with the original model, especially when it comes to battery life. Still, the MW07 Plus is $299, and even with ANC on board, there are better options available for less. Sony’s feature-packed WF-1000XM3 is still tops for me, and you can get it for less than $200 consistently these days.

For its third-generation E8, Bang & Olufsen didn’t have much that needed changing. The company made the earbuds smaller and increased battery life while keeping reliable touch controls and wireless charging intact. Plus, the E8 still looks better than a lot of the competition, especially when you factor in the fancy leather charging case. However, the lack of active noise cancellation and automatic pausing makes this a tough sell at $350. You’re always going to pay a premium for B&O gear, but the company could’ve done more to justify the price by including a few expected features. Instead, we’re left repeating the refrain: These are good true wireless earbuds, but when there are compelling options for well under $300, these are out of reach for most people.